I am honored to get the PASS outstanding volunteer award again for June 2017! It’s been so much fun helping grow the chapter from 1K to 10K members within last 4 years — the PASS HQ Team & Dan English (Group Lead) were great to work with and there’s so much more growth left for the next few years! The Group was recently classified as a “tier-1” group and got new sponsors which mean that group has some funding to pursue paid growth opportunities that weren’t accessible before.

So since the group has the perfect platform to continue growing and we have a really good process in place to keep our growth flywheel running, I figured it’s a great time to step down. Over the past few years, my career moved me from Business Intelligence -> Analytics -> Data Science and along with that, I have slowly moved away from Microsoft-centric architectures too. I started out working for a Microsoft Gold Partner and then worked for an Open-source heavy shop at a startup-mode organization in silicon valley and now I work in an organization that uses a little bit of everything. Something like best of both worlds — and so there’s a much bigger gap now between where my career is taking me and the mission of the business analytics virtual group. They don’t perfectly align anymore and even though it’s a very rewarding experience, after some reflection, I figured the group deserves a leader whose mission aligns better than mine does.

Thank you PASS for the opportunity!

And there’s an open position for new volunteers on the Virtual group and so if you like to be involved, reach out to Dan English through the group’s website: http://bavc.pass.org/

It’s been amazing to see the growth of Business Analytics community over the past couple of years as one of the chapter leaders on the PASS Business Analytics Virtual chapter…Here’s a data viz that I put together to analyze effectiveness of our marketing campaigns:

It shouldn’t come as a surprise that an “Analytics” virtual chapter is using data-driven marketing techniques! 😉

With this growth rate, we should have ~500 attendees in our future virtual chapter meeting in Jun 2016. Can’t wait! 🙂

A lot of work by Dan English (current president) and Melissa Demcsak (Immediate past president) went into growing this chapter!

A quick blog post to let you know about a #sqlpass webinar on 1/15.

Description: The world is becoming more efficient. Today, seventy percent of the companies that graced the Fortune 1000 list a mere decade ago have vanished. Agility and survival are function of innovation, culture, and the ability to predict the future. To that end, data analytics offers a lifeline, a means of survival that will drive productivity and continue to disrupt and redefine business. However, the resources available to today’s business leaders sit on two vastly different ends of the spectrum. On the one hand, highly technical academic resources and on the other largely fluffy overviews of value propositions and potentials. The state of the industry shouldn’t be surprising. The same dynamics played out in early years of the internet. Software providers, technical leaders, and consulting firms greatly benefit from mystifying the world of data analytics into something that is incomprehensible. That lack of conceptual understanding is incredibly risky and propels the cost of analytics initiatives upwards. This webcast aims to bridge that gap between the technical data scientists and business leaders. Ultimately, this understanding will help to: – Connect the strategic goals of business leaders with the capabilities of technical advisers – Focus investments and initiatives within analytics and technology – Distill immensely complex subject matter into comprehensible examples – Accelerate the path to value and increase the ROI of analytics initiatives

Alex is a Predictive Analytics Architect in the Oil and Gas industry with a passion for distilling complexity into insights and evangelizing data science. His work has been featured on KDNuggets and he was recognized by DataScienceCentral as a top 180 blogger in 2014.

I hope to see you there!

I was live tweeting during our monthly PASS Business Analytics VC meeting, Here are the tweets to learn about 13 Excel Tips!

130+ folks already logged in for the webinar! It's not too late to Join! 13 #excel tips: http://t.co/deXvWxFw45 #sqlpass #sqlserver #msbi

Nice tip for #Excel Pivot Tables: use filters when you have long list (customer names). use slicers if you have a short list (5 countries)

Tip #5/13 – Pivot Table options: Implementing Top and ALL OTHER in Pivot Charts/Tables.

Thanks everyone who attended, I hope it was helpful!

This post is a quick summary for all Business Analytics related updates that I saw at PASS Summit’14:

1. Theme of the Keynote(s)/Session(s) seemed to be around educating the community about the benefits of the NEW(er) tools. I saw demos/material for cloud-based tools like SQL databases, Azure stream analytics, Azure DocumentDB, AzureHDInsight & Azure Machine learning. The core message was pretty clear: A data professional does two things – 1) Guards data OR 2) helps to generate Insights from Data – And they will need to keep up-to-date on the new tools to future-proof their career.

Read more about this here: http://blogs.technet.com/b/dataplatforminsider/archive/2014/11/05/microsoft-announces-major-update-to-azure-sql-database-adds-free-tier-to-azure-machine-learning.aspx

4. Azure Machine Learning adds a free-tier! You won’t need a credit-card/subscription to sign up for this.

5. I also saw sessions proposing new way of thinking about an architecture for “Self Service BI” and “Big Data” which might be worth following because since these are newer tools, it’s definitely worth considering an architecture that’s designed to make the most of the investments in these new tools. That’s it & I’ll leave you with a quote from James Phillips from Day 1’s keynote:

Data on its own is just a bucket of potential. People convert data to opportunities – James #sqlpass #summit14

Session Abstract:
Microsoft has introduced a new technology for developing analytics applications in the cloud. The presenter has an insider’s perspective, having actively provided feedback to the Microsoft team which has been developing this technology over the past 2 years. This session will 1) provide an introduction to the Azure technology including licensing, 2) provide demos of using R version 3 with AzureML, and 3) provide best practices for developing applications with Azure Machine Learning.
Speaker BIO:
Mark is a consultant who provides enterprise data science analytics advice and solutions. He uses Microsoft Azure Machine Learning, Microsoft SQL Server Data Mining, SAS, SPSS, R, and Hadoop (among other tools). He works with Microsoft Business Intelligence (SSAS, SSIS, SSRS, SharePoint, Power BI, .NET). He is a SQL Server MVP and has a research doctorate (PhD) from Georgia Tech.

Hope to see you there!

Session Abstract:
Whether you are a DBA, a developer, or an analyst, there is a good chance that you will have to create reports for coworkers, company executives, or clients. As with any UI design, careful consideration should be given to your data visualization design to ensure you are effectively communicating the intended message and providing a good user experience. While the principles are applicable across reporting platforms and tools, this session will contain demos and examples implemented in Reporting Services using SQL Server Data Tools. Learn how to make information (not just data) the focus of your report and provide your audience with something better than just shiny!

Speaker BIO:
Meagan Longoria is a BI consultant with Valorem Consulting in Kansas City, Missouri. She has over 6 years of experience with the SQL Server BI stack and enjoys sharing her knowledge and experiences at SQL Saturdays. She is also one of the coordinators for SQL Saturday in Kansas City.
Contact URL: http://datasavvy.wordpress.com

I’m at the Business Analytics conference and I thought of sharing the news that I get to listen here!

Then they shared some user adoption data…

They use Power BI to track user adoption of Power BI.

Power BI demo contest: if you’ve not seen some of the amazing demo’s that were submitted during the Power BI demo’s then you can read them here: http://blogs.msdn.com/b/powerbi/archive/2014/02/15/give-a-high-five-to-the-top-five-finalists-in-the-power-bi-demo-contest.aspx

Reporting Services will run natively in PowerBI by the end of this summer. #passbac #happydance

BI for the masses

It’s great to see Microsoft committed to create easy to use tools!
The Age of Classic BI -> The Age of Self Service BI -> The Age of Data.
In the new age, everyone in the organization who is curious will have tools that they can use to get to the answers!

Analysis of Tourism in Hawaii. It was really entertaining 🙂

And I just saw a Tree maps in Power View!

Drag items from one chart to another!

you should now be able to drag items from one chart to another chart!

Combine two charts into one!

Join the Azure PASS VC’s session on “Getting Started with Windows Azure” on:

Time: 11 AM Eastern Time; 8 AM Pacific; 8:30 PM India Time; You can download the event calendar from here

Session Abstract: Windows Azure is Microsoft’s cloud platform for quickly building and running scalable applications. We will cover just what the cloud is, as an industry, and what Microsoft is offering. We will see into the data-centers, how they work, and the a high level view of all the components of the platform. 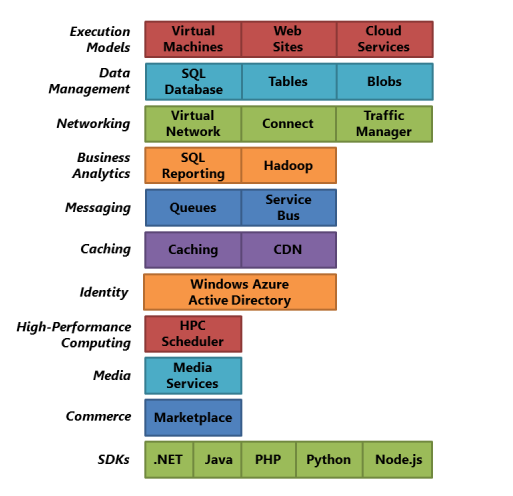 I had never attended a conference of this scale before – so for me, it was a novel experience! An experience I will cherish (Until I get a chance to attend the next PASS!). And I am just amazed at kind of work the PASS board and volunteers must have put in to make this all happen. I remember a time when I was a lead organizer for a national level technical festival for just 500 attendees – and trust me when I say I had no chance to rest for 3-4 weeks straight. So when I see a conference that is 10x in size and 100x in reputation – All I can do is stare in amazement:

So what did I do at SQLPASS?!

– Attended keynotes! Awesome announcements!! And on day three, I had the pleasure of seeing Dr. Dewitt live! – it was awesome!

– Met Amazing people who are passionate about same things I am!

– Met people who are part of the team that are responsible for developing/delivering products that I use daily => Met people with blue badges!

What was my job?! To guide people to find what they were looking for. So what I had to scout for confused faces – offer then help – point them to places – that’s about it.

– And tweeted a little during SQLPASS! #sqlpass rocks!

So yup – I enjoyed SQLPASS!