In this Part 1 of N, I am going to create a stored procedure that accepts a parameter with SQL Azure.

So I have a table that lists firstname, lastname of the customer along with location details. Here’s what it looks like: 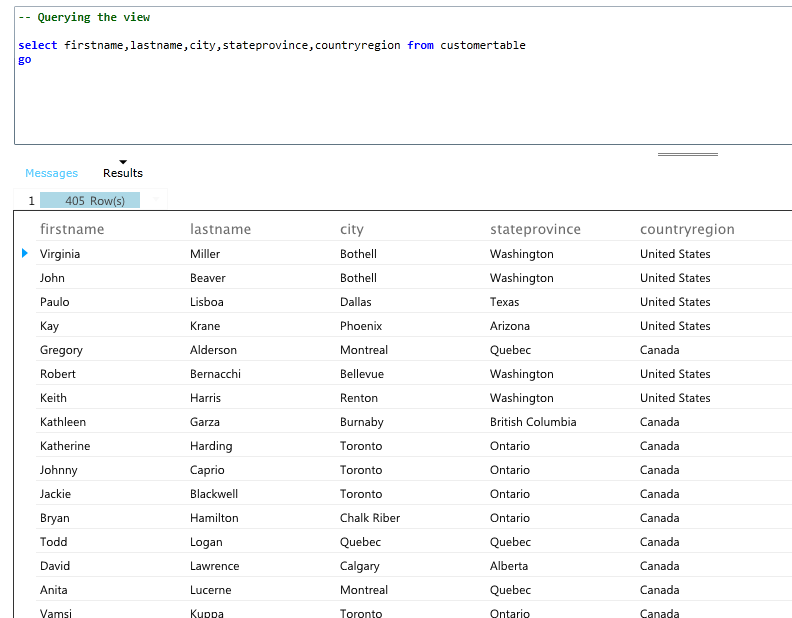 Resource: A Tutorial on Installing a sample database on SQL Azure.

Now once we have created the stored procedure, It can be called by running the following code: 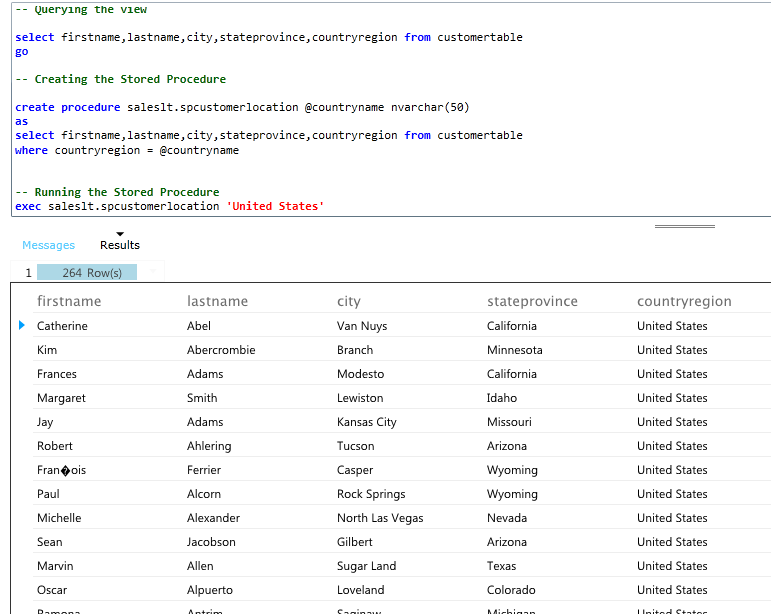