If you hide rows, columns and data on excel, the chart that’s uses this data also hides it — while this is the default behavior, you can override this by following the steps below.

I have a simple excel chart like shown below: 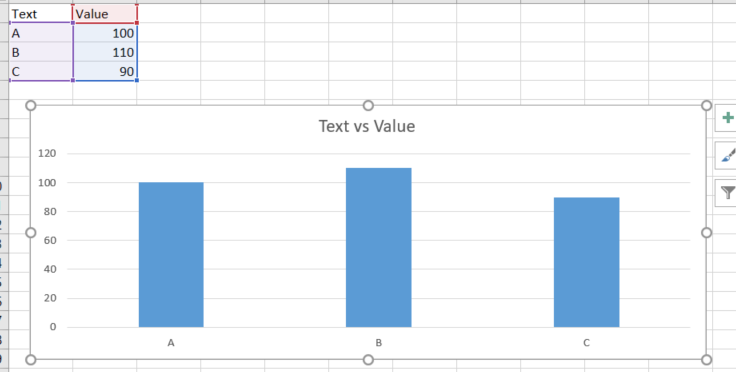 Now, if I hide the data that is selected for this chart then the chart stops showing this as well:

To fix this and if you want the cells (rows, columns and data) to be still hidden but still have the chart show up, then follow the steps:

I learned about an interesting new feature in Excel 2013 which they call “FLASH FILL”. Instead of trying to explain it, Let me demo it:

2. Now the requirement is to split the FULL NAME into FIRST NAME and LAST NAME.

So I entered Kim in cell B2

Then I typed just Mi in the cell B3 and Excel 2013 predicts correctly for cell B3, B4 and B5 that I am filling up the first name from the Full Name column.

I hit enter for the column First Name.

I performed similar steps for the column Last Name. And there you have it:

I’ve posted how to split the values in a column for Excel 2010, you can read that here: How to split the content of one excel cell into separate columns?

Your comments are very welcome!

I was playing with Excel 2013 and wanted to see the Formula Bar for something. Turned out, by default, It was hidden and so I learned how to unhide it. Here are the steps:

In this blog-post, we saw how to unhide the formula bar in Excel 2013.